Menu
Looking for a Book? Email us - we're here to help. 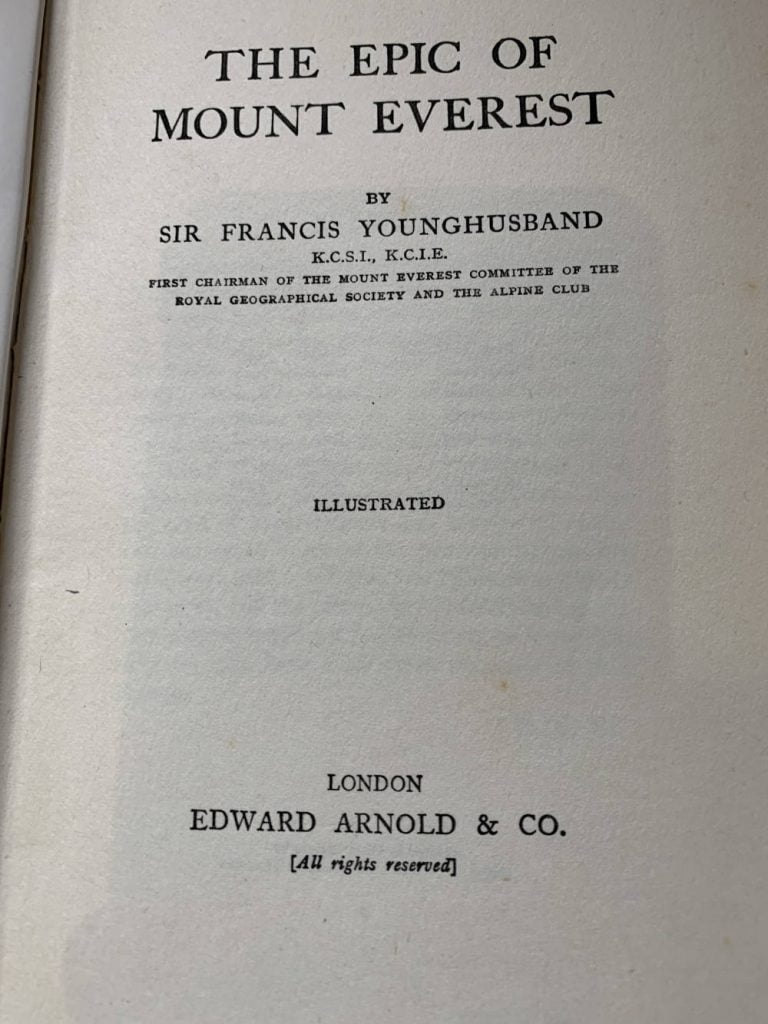 The Epic of Mount Everest

This book was first published in 1926 and chronicles three expeditions to Everest in 1921, 22 and 24. It’s written by expedition leader and first chairman of the Mount Everest Committee of the Royal Geographical Society and the Alpine Club, Sir Francis Younghusband.

It’s a magnificent book of it’s time, written when men were men and men from the British Empire were a cut above the rest! It’s written in a can-do style where nothing would get in their way to achieve their goals (except the mountain of course!)

“Man means to climb mount Everest – climb it on his own feet. That is the whole point. Only so does he get that that pride in his prowess which is such a satisfaction to the souls”. Life would be a poor affair if we relied always on machines”

The book is testament to a past age but an age when people were prepared to go through great hardship in the pursuit of discovery.